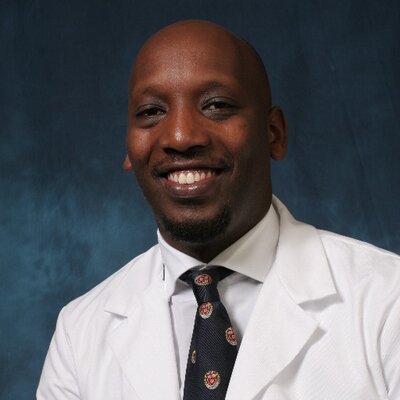 Dr. Christian Ntizimira is the Founder and Executive Director of ACREOL and an International member of the Faculty of The Palliative Care Centre for Excellence in Research and Education (PalC). He is a Fulbright Alumni and graduated from Harvard Medical School, Department of Global Health and Social Medicine, and former City Manager, Kigali, City Cancer Challenge Foundation, and the former Executive Director of the Rwanda Palliative Care and Hospice Organization (RPCHO), a non-profit organization focused in home-based care in the City of Kigali.

Dr. Ntizimira pioneered the integration of palliative care and end of life care into health services rendered to Rwandan cancer patients and in the community settings. Through his program (2008-2013), more than 1500 health care providers and community health workers have learned the principles of cancer prevention control & palliative care leading to a five-fold increase in the prescription of morphine, an essential pain medication. In 2016 he has been awarded as a young cancer leader and world cancer Regional, lead in 2018 for his outstanding contributions to cancer control in Rwanda and in Africa.

In 2018 he became the first advocacy/policy champion among extraordinary individuals who are making a significant contribution to developing palliative care in low- and middle-income countries for World Hospice and Palliative Care Alliance (WHPCA). From 2010–13, he was the director of Kibagabaga Hospital in Kigali. He has advised several governments on national palliative care policy, including Burundi, Rwanda, and Senegal, on access to palliative care services. He was a member of the Scientific Advisory Committee for the Lancet Commission on Global Access to Palliative Care and Pain Control. Ntizimira graduated in medicine from the College of Medicine and Health Sciences at the University of Rwanda in 2008. In 2011, he received a scholarship to study palliative care education and practice in the United States of America at Harvard Medical School’s Center for Palliative Care. He also trained as an African Pain Policy Expert at the University of Wisconsin. Ntizimira was named Young Cancer Leader by the Union for International Cancer Control in 2016 and Distinguished Young Leader by the Harvard Global Health Catalyst in 2017.